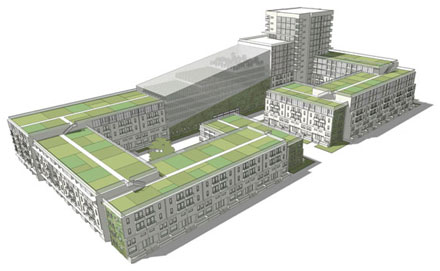 It’s extremely cold out today. Perfect for trying out your new Christmas sweater, eating a bowl of hot noodle soup for lunch, or curling up on a coach in front of whatever your couch is in front of. (So far, I’m two for three. During election campaigns, one does not find much time for one’s couch.)

It’s also a good day to remember that there are still tens of thousands of people in Toronto, including thousands of children, who are either homeless or too close for comfort. In a city and country as wealthy as ours, there’s no excuse for that.

Canadians rightly pride ourselves on our universal health care, and in recent years have considered introducing additional “universals,” including universal child care. It’s time to add universal housing to the list of things that make us proud as a nation.

And we can achieve universal housing throughout Canada. Not only can we afford it, but when full-cost accounting is applied it would cost government even less than the status quo. (As one simple example, one of my campaign volunteers works in a hospital emergency room where homeless people routinely come in complaining of some ailment. After a few hours the hospital staff realize that all the individual wanted was food. That’s a very expensive sandwich.)

There are a number of specific actions that Green MPs would take. In short, the federal government needs to provide more funding for affordable housing, and that funding needs to be used in a more creative and effective way. We don’t need to look far for positive examples. Here in Toronto Centre we have the St. Lawrence area, which Wikipedia calls “the model for the design and planning of new urban communities across North America.” Its successful mixture of market and subsidized housing has been duplicated around the world, yet we haven’t duplicated it in our own city.

Obviously, homelessness is also tightly linked to poverty, and the connections run both ways. Providing housing helps to eliminate poverty by giving individuals a stable base from which to seek employment and build confidence. We must simultaneously use new and realistic solutions to tackle poverty directly with a view to its elimination.

We can’t allow the lack of affordable housing in Toronto and other Canadian cities to continue. It’s time to move forward.