This photo, taken two days ago by the MODIS on NASA’s Aqua satellite, is striking. 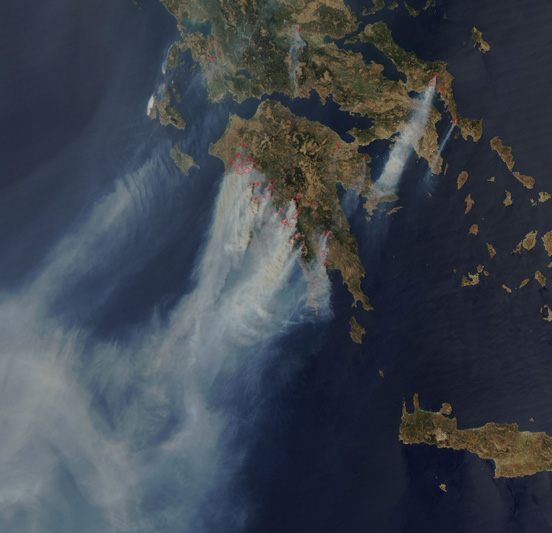 It never would have occurred to me that wildfires could burn so strongly and become so widespread as to be visible in this much detail from space. The fires in Greece, which we are told were deliberately set, have been fueled by an unusually dry and windy climate. There’s news this morning that the Greek government is taking criticism for not acting soon enough after finding out there was a problem. Now, after at least 63 people have already died, 21 countries are lending their firefighting abilities in an international effort to stop the burning. I’ve had Billy Joel stuck in my head all day.